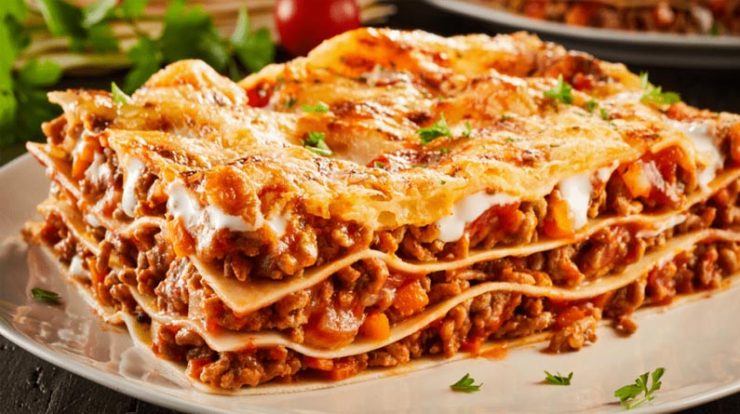 Fresh, flavorful, and delightfully simple, the sun-kissed Italian cuisine is dolce vita on the plate. But, for finding the best food in a country with such fabulous regional gastronomies, the best advice would be to forget about restaurants that serve “creative, innovative” fare, and just stick to the local, time-honoured specialities.

Eating is one of the greatest joys of travelling in Italy, a vivid insight into each region’s culture and traditions. Their dishes are made with seasonal, unpretentious ingredients, yet they taste like something you’d get in a Michelin-starred restaurant.

To try to determine which of Italy’s amazing foods are the “best” is like trying to prove pizza is better than pasta – it’s strictly a matter of personal taste and I know everyone is going to have their own opinion.

As an avid foodie, however, I couldn’t resist the temptation of putting together a list of 10 of the best Italian dishes. Of course, this is a completely subjective selection, so feel free to disagree in the comments below.

There are so many fantastic traditional dishes in Italy, but perhaps no other sums up the very essence of Italian cooking better than Pizza Napoletana. History, simplicity, and fresh, high-quality ingredients – all come together to create what many consider the perfect and most authentic type of pizza.

Invented in Naples somewhere between the 18th and 19th centuries, Neapolitan pizza is basically a flatbread topped with tomatoes, mozzarella cheese, and extra virgin olive oil. In reality, making a true Pizza Napoletana is an art and requires much more than just 3 or 4 simple ingredients.

The tomatoes must be grown in the volcanic soil of San Marzano sul Sarno, a small town near Naples, while the dough must be made with specific ingredients, formed by hand, and crowned only with D.O.C. Mozzarella di Bufala Campana. Furthermore, this type of pizza must be baked in a wood-fired oven that uses two types of wood at 900 degrees for 60-90 seconds. Nope, that’s not something you can order at 4 a.m. at your door, during a Netflix session.

There are three official versions of Pizza Napoletana, but Margherita is the most famous. The legend says that this classic dish in the colors of the Italian flag was created by Neapolitan pizzamaker Raffaele Esposito in 1889 when Margherita of Savoy (Queen consort of the Kingdom of Italy) visited the city.

Nowadays, Neapolitan pizza is protected by the Associazione Verace Pizza Napoletana and is reason enough to visit Italy’s third-largest city.

One of the world’s oldest pasta recipes, lasagna (or lasagne in Italian) is traditional Italian comfort food made by alternating layers of pasta sheets, meat, sauce, and cheese.

Although there are countless ways to prepare Garfield’s favourite food, the most popular variation remains the classic Lasagne Alla Bolognese, made with ragù (meat-based Bolognese sauce), Béchamel sauce, and Parmigiano-Reggiano cheese. Lasagne Napoletana, on the other hand, contains meatballs, sausage, as well as ricotta and mozzarella cheese instead of Béchamel sauce, and is usually served in Naples during the Carnivale.

There is some dispute as to whether this legendary Italian food was invented during the Middle Ages in Naples or its origins can be traced way back to Ancient Greece, but one thing’s for sure, lasagna is one of the most delicious baked dishes Italy has to offer.

A hearty, flavorful Milanese specialty, ossobuco consists of veal shanks cooked slowly in white wine, meat broth, and vegetables. The traditional recipe, born probably in the late 19th century in one of the city’s neighbourhood osterie, doesn’t include tomatoes and is finished with gremolata, a fresh seasoning made with lemon zest, garlic, and parsley.

Although not as popular as cotoletta (veal cutlet fried in butter), Ossobuco alla Milanese is one of the city’s richest and most representative meat-based dishes.

For a truly memorable meal in Milan, try the ossobuco with the classic saffron-laced Risotto Alla Milanese.

Gelato (all over Italy)

Italians haven’t invented the ice cream, but they certainly perfected the process over the centuries. The history of Italian gelato dates back to the Renaissance period, but who exactly created the creamy frozen dessert no one knows.

Most stories on this topic relate that gelato was invented at the court of the Medici, in Florence, either by Florentine architect and designer Bernardo Buontalenti or by the court’s alchemist Cosimo Ruggieri.

Nowadays, there are around 37,000 gelaterie throughout Italy, but some of the best are said to be found in Rome (I Caruso), Florence (La Carraia), and Bologna (La Sorbetteria Castiglione).

Real gelato is made daily by artisans, and, unlike regular ice cream, it contains less fat, less air, and much more natural flavoring. If you want to learn more about the history, culture, and technology of this velvety treat, go visit the Gelato Museum Carpigiani in Anzola dell’Emilia, near Bologna.

A staple of Tuscan cuisine, or better yet, Italy’s “cucina povera”, panzanella is a healthy, delicious bread and tomato salad usually served in central Italy during the hot summer months. A classic peasant dish, it has its origins in the green fields of Tuscany, where farmers had to rely on locally grown produce to feed themselves while working.

The region’s love affair with bread salads goes back to the 14th century, but being prior to the discovery of the New World and the introduction of tomatoes in Europe, the original recipe was based on stale bread and onions.

Today’s panzanella, on the other hand, is made with juicy, sun-ripened tomatoes, cucumbers, fresh basil, and leftover bread, and seasoned with olive oil and vinegar.

Often associated with Ligurian cuisine, focaccia is one of Italy’s most popular and delicious types of bread. Its name derives from the Latin term “panis focacius”, which means flatbread baked on the hearth.

Although there are countless varieties throughout Italy, the classic focaccia alla Genovese (locally known as fugassa) found in Genoa and the villages along the Italian Riviera is said to be the best in the world. This is typically made with a combination of soft and hard wheat flour, yeast, water, salt, and high-quality extra virgin olive oil.

Outside Liguria, focaccia is often flavored with herbs, as well as garlic, tomatoes, and basil. A popular variant is focaccia al rosmarino (focaccia with rosemary), which is frequently served as an antipasto or table bread.

Carbonara is neither the oldest nor the most iconic (that would be cacio e pepe) pasta dish in Rome, but it’s pure magic in your mouth.

The origins of this classic Roman specialty remain shrouded in mystery. Due to the fact that its name derives from carbonaro (charcoal burner), some say it was a popular meal among the Italian charcoal workers, while others believe it has something to do with the Carbonari (charcoalmen), a secret Italian society, but in reality, none of these theories can be confirmed.

From typical trattorias to high-class restaurants, there are plenty of venues serving decent Spaghetti alla Carbonara in Rome, but some of the best are Vascello (Monteverde), Salumeria Roscioli (Campo dei Fiori), and Da Danilo (Esquilino).

Undisputedly one of the best Italian foods, its authentic recipe calls for fresh eggs, guanciale (pork jowl), Pecorino Romano cheese, and black pepper. Oh, and one more thing, never ever add cream to your Carbonara!

Similar to Spanish tapas, cicchetti are small, reasonably priced plates of food served in Venice’s traditional wine bars, called bacari. These can be anything from artichoke hearts to bite-sized bits of baccalà mantecato (creamed cod) and are traditionally accompanied by ombra (a small glass of wine).

In a city brimming with touristy restaurants like Venice, the cicchetti bars are a breath of fresh air, offering you the opportunity to mingle with the natives and get an authentic taste of the local cuisine.

Bacari can be found in abundance in the backstreets of Venice, especially in the neighborhood around the Rialto Market, just make sure you get there early, as they usually close at 8 p.m. or 9 p.m.

Sicilian cuisine is a wonderful mash-up of Greek, Arab, and Spanish influences, but if you only have one meal here, let it be caponata, the island’s beloved eggplant dish.

The star of this warm vegetable salad is the aubergine, but it’s the gorgeous sweet and sour sauce that makes it such an unforgettable vegetarian treat. It usually contains onions, celery, capers, and whatever vegetables people have in their kitchens. Otherwise, there is no standard recipe for caponata, as every house and restaurant has its own version.

For this reason, when eating in Sicily, it is not uncommon to find olives, raisins, pine nuts, and even octopus in your caponata.

If you like mozzarella, burrata will be love at first bite.

Originating in Murgia (Puglia), this rich, buttery artisanal cheese of outstanding quality is made from mozzarella and fresh cream, and is best served within 24 hours. It goes well with anything, from salads to pasta and sandwiches, but it shines the most when spread on a slice of crusty bread. 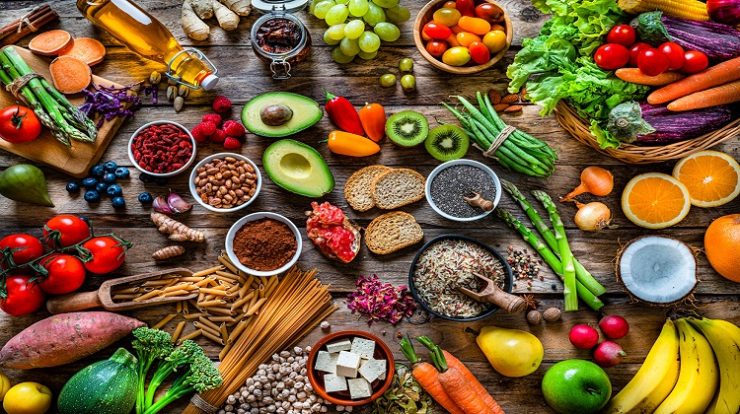 Essential tips for a healthy diet 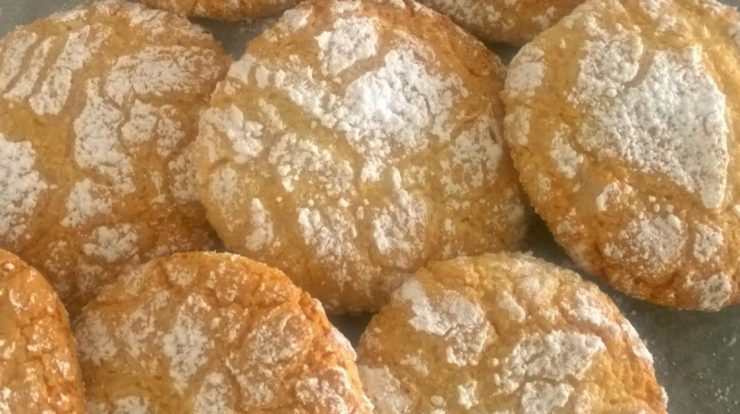 6 tricks to prepare a delicious yogurt and lemon biscottini 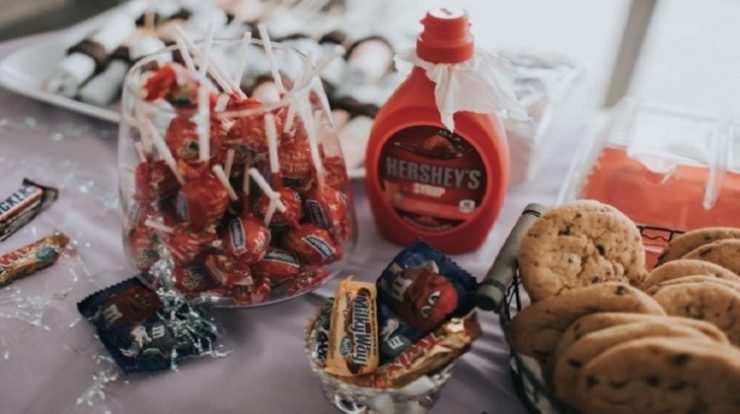 How to Effortlessly Setup Your Kid’s Birthday Party Table 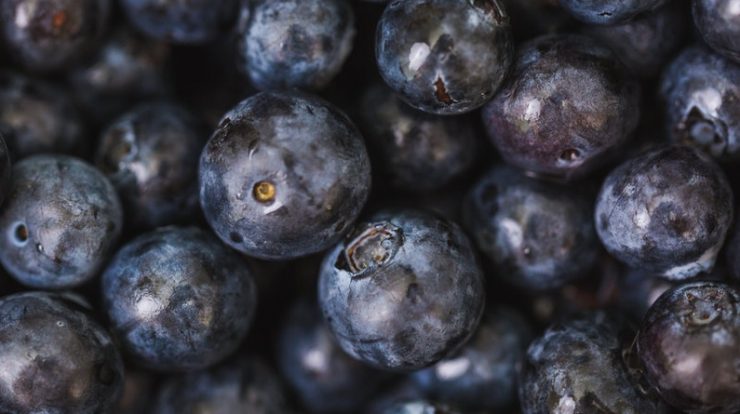 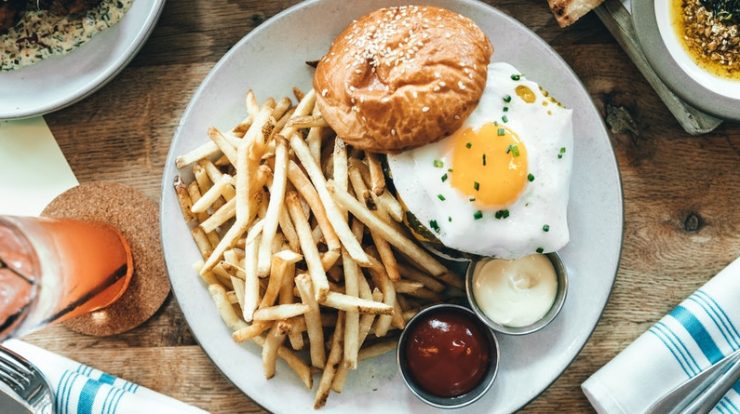 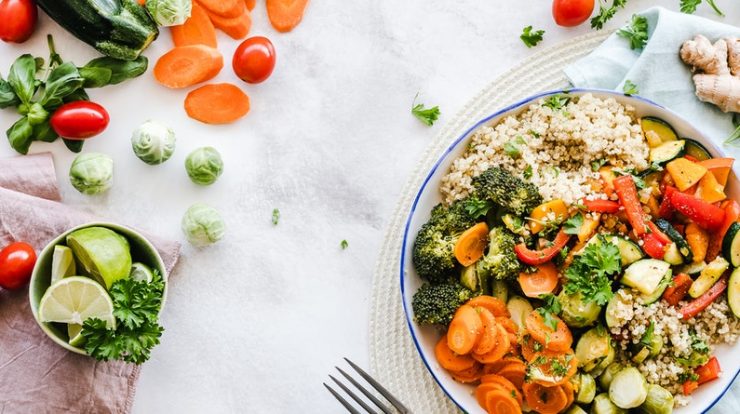 Why Your Body Requires 6 Essential Nutrients