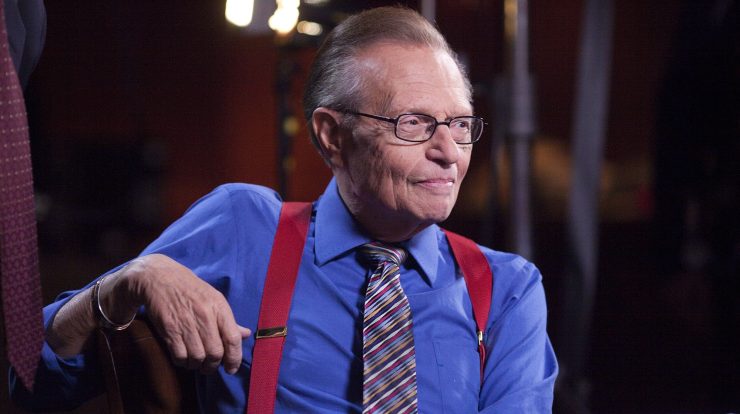 Larry King, whose remarkable career as a TV and radio talk show host spanned more than six decades and included a quarter-century on CNN’s Larry King Live, has died at the age of 87.

King passed away at Cedars-Sinai Medical Center in Los Angeles Saturday morning, according to an official tweet from his team (read full message below). The statement did not give a cause of death.

King landed his first job as a radio host back in 1957 at a station in Miami; born Larry Zieger, he changed his name to King after the station’s general manager told him his name was too ethnic. King built a local following and landed a national radio show in 1978 before joining CNN and debuting his show Larry King Live there in 1985.

On Larry King Live, King became famous for his easygoing, off-the-cuff interview style while speaking with a range of Hollywood stars and newsmakers. King hosted the nightly program for 25 years, signing off in 2010 with Piers Morgan taking over his time slot. King continued hosting specials for CNN until 2012.

After leaving CNN, King hosted Larry King Now for Ora TV, a production company he co-founded with Mexican businessman Carlos Slim, beginning in 2012. King continued interviewing celebrities and politicians while there. King also made appearances as himself on TV shows like 30 Rock and The People v. O.J. Simpson: American Crime Story.

King is survived by his children Larry Jr., Chance and Cannon.