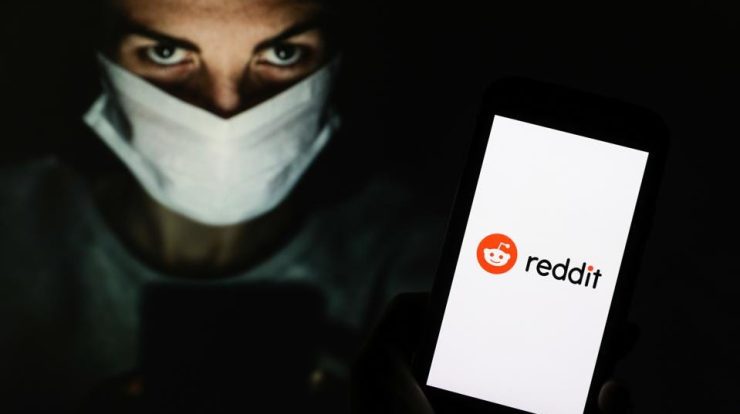 The r/antiwork subreddit on the widely popular Reddit platform had more than 1.7 million members who refer to themselves as ‘idlers.’ The group is self-described as the home for “those who want to end work, are curious about ending work, want to get the most out of a work-free life, want more information on anti-work ideas and want personal help with their own jobs/work-related struggles.”

Despite the branding, having written about this vocal group, a large percentage of the people are simply venting their frustrations. The group shares their stories of the challenges faced in the workplace. Similar to the millions of Americans who have quit their jobs in the “Great Resignation,” the idlers are sick and tired of low pay, long hours and little or no future growth potential.

It was common to see posts showing screenshots of the insults, pressures and threats of losing their jobs made by employers. They claim that they are forced to endure overbearing micromanaging bosses, abusive behavior by their bosses, low pay, disrespect and a lack of future growth potential.  If they worked in restaurants, bars or retail stores, the redditors detailed constant arguments with rude customers and fighting over mask requirements.

Fox news star Jesse Watters interviewed one of the subreddits’s moderators, Doreen Ford, and the awkward, uncomfortable, cringy conversation led to the Antiwork subreddit temporarily going private. It didn’t help the cause as Ford had poor lighting in her apartment, especially compared to Watters’ well produced studio. Other Fox News hosts separately piled on too. As of the last time the site was viewed, it seemed as if it lost most of its members.

Having covered this group in the past, Watters’ characterization didn’t capture the full essence of the people in this group. At first blush, it does appear that these folks don’t want to work at all, but it’s not the case. All they are asking for is a fair chance to find a decent job with the potential  of advancing. They’d also like to be paid fairly and treated with dignity and respect. For many Americans, it’s not easy to find this, unfortunately.

Ford was the wrong person for the assignment. She seemed like a pleasant, nice, honest, sincere person. Ford tried, but was unable to clearly articulate the purpose behind the subreddit and what it meant to the million plus people who participate on the site.

Most of the posts on r/antiwork are from blue-collar and front-line, customer facing jobs. The retail, warehouse, fulfillment center, fast food,  nurses, teachers, and other essential workers felt that they were overlooked, underpaid and didn’t share in the booming stock market and increase in real estate prices. Instead, they are falling behind as inflation is driving up the costs of everything from food to used automobiles.

If taken at face value, it looks like the members don’t have an interest in finding a new job anytime soon. Others want to commiserate with like-minded people who are going through a tough time trying to find their way in the workplace. A common, unifying theme is that workers feel that they are being taken advantage of, forced to work long hours for low wages and treated rudely by unsympathetic managers.

Roughly 40% of the jobs that people quit were in the restaurant, hotel, travel, bars, warehouses, manufacturing and healthcare sectors. These folks contend with long, constantly changing hours, rude customer behaviors, low wages and high stress. These workers are pushing back against poor pay, unpleasant working conditions and a lack of respect from management. Once they’ve left, many take their time to seek out new types of opportunities that offer meaningful work and a path to advance.

The interview used one possibly naive person to label the growing force. It’s not necessarily the work— the redditors are not happy with the hustle-porn culture that calls for a rise-and-grind mindset, expecting employees to put in an unhealthy amount of hours each day.  Ford said, “There are some misconceptions about the movement,” and “We’re a movement where we want to reduce the amount of work that people feel like they’re forced to do. And so we want to still put in effort. We want to put in labor, but we don’t want to necessarily be in a position where we feel trapped.”

In response to Watters assertion, “encouraging people to be lazy,” Ford said, “I think laziness is a virtue in a society where people constantly want you to be productive 24/7.” She added, “And it’s good to have a rest. That doesn’t mean you should be resting all the time or not putting effort into things that you care about.”

The concept of ‘not working’ isn’t really the central focus. Ford herself is currently employed as a dog walker, working about 20 – 25 hours a week. When Watters asked what she might ideally want to do professionally, Ford responded that she’d like to teach philosophy and critical thinking.

Many of the redditors complaints, factoring in a healthy dose of hyperbole, are valid. The younger generation may be the first group in modern history that does not do better or as well as their parents. With tens or hundreds of thousands in student-loan debt, young adults find it almost impossible to purchase a home, get married and start a family. The debt burden, along with rising home prices and inflation, doesn’t leave them with sufficient funds to afford the lifestyle that older generations took for granted.

Here are some examples of what the antiwork members posted:

It’s not just the hospitality workers and Reddit crowd that feels disenfranchised from our modern-day economy. In an in-depth interview with Daniel Shapero, the COO of LinkedIn, the go-to social media platform for career-minded, white-collar professionals, we talked about the challenges they face.

Forced to work in a cubicle for eight hours a day, staring at a computer screen, seems strange, as the work can be done equally as well in the comfort of your own home. There is a collective call for having a better quality of life. To achieve this goal, work needs to be flexible and tailored around the needs and desires of the individual, said Shapero.

He discussed the revolutionary workplace trend of the “Great Reshuffle,” contending that we are living through a momentous era of change—unlike anything we’ve seen before in the history of work. Both leadership and employees are reimagining the way we work. It’s a time when everyone is rethinking everything.

Somewhat different from the frustrated laments and rants on Reddit, Shapero is excited to see that people on his platform are proactive and rethinking where, how and why they work. He also noticed that employers are recalibrating their talent needs and corporate culture.

White-collar employees are calling for flexible work arrangements, remote options, shorter work days (based on output and performance, as opposed to facetime), four-day workweeks and the freedom from being chained to a desk eight hours a day with a micromanaging boss and long commute.

When a person loses or willingly leaves their job, the usual process is to seek out another similar type of role within their industry. They want to keep progressing forward in their desired profession. Intrepid people may try to pivot to a new type of role or reinvent themselves. The bold and adventurous turn toward entrepreneurship.

The redditor ‘quitters’ aren’t forsaking work and sitting on their couch gaming or watching Netflix. They’ve  sought out jobs with meaning and purpose, flexibility and choices. They are pivoting to new types of jobs and reinventing themselves.

Here are some of the stories, mostly from Gen-Z and Millenials,  who posted on the r/antiwork and other subreddits, about quitting their jobs and what happened next.

I wasn’t paid enough at my former job. I was working with special needs children and it was an awesome job, I really felt like it was what I should be doing. But I was only making $250 a week. Now I work at Costco for $17 an hour plus a ton of benefits. The work is not what I want to be doing. But I am more appreciated serving hot dogs and pizza.

This is why I recently quit being a mechanic. Lowest paid trade, have to supply your own tools. Shops charge over $100 an hour for labor and offer a tech about 20% of that. So it obviously is not worth what they charge. And you get paid a flat rate so you have to be fast and lucky and have a strong supporting team to get quotes approved and parts in your hands. And if any mistake gets made you have to fix it for free. If business dies down, so do the hours.

Just quit for a bench job remanufacturing turbochargers. Less pay but I feel appreciated and get paid hourly.

Yup. Same here 1.5h on two buses each way. The job was micromanaged which was probably the biggest reason I quit. It was a good pay, $18/h and I was considered the best worker as well. Quit it for $14.50 and 20 mins one bus. 4 months later I got a raise to $18 after the same company asked for me back and my current job didn’t want to lose me. Know your worth but also importantly know your time’s worth.

I was a pastry chef. Now I invest in real estate and am building my own bed and breakfast! Being in the industry really threatened my mental and emotional health. I was underpaid and overworked. Now I work from my laptop and make 4X the amount.

Quit my job last night, it was nice to be home to make the kids breakfast and take them to school today! Off to hunt for a new opportunity, wish me luck 🙂