Home Best Hyundai Unveils the IONIQ 6, an EV that resembles the Porsche 911 [Images] 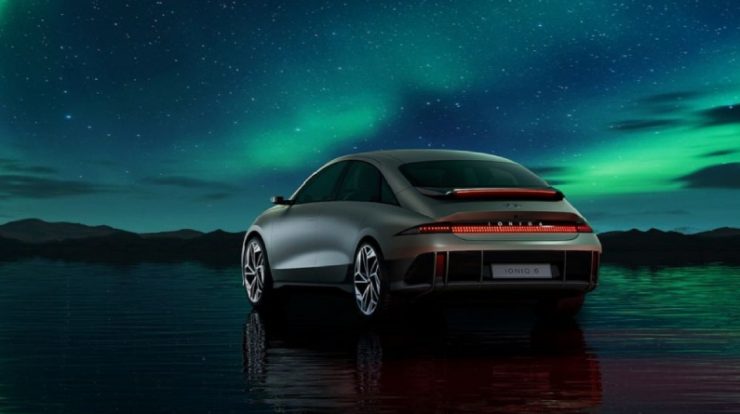 Hyundai, a South Korean carmaker, has presented the highly anticipated IONIQ 6 electric vehicle (EV), which replaces the wildly successful IONIQ 5 that was introduced in February of last year.

The IONIQ 6’s introduction follows news that Hyundai has overtaken Ford, Volkswagen, and other significant competitors to take second place as a shareholder in the American EV market.

What you need to know about the IONIQ 6 is provided here. 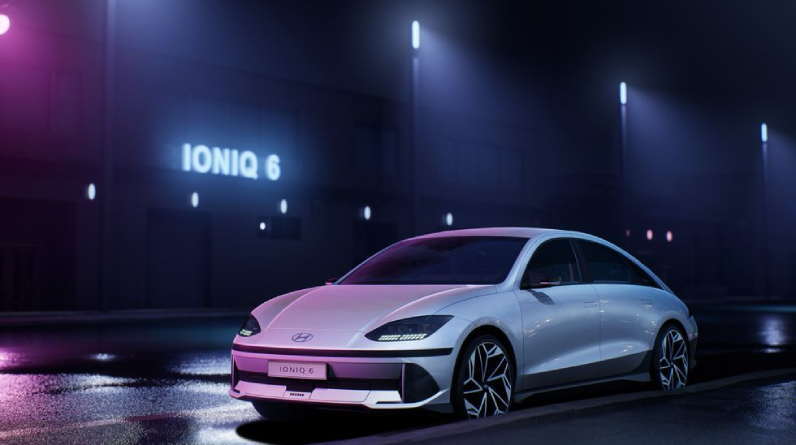 Although the brand-new IONIQ 6 differs drastically from its predecessor, it nevertheless adheres to the business’s Prophecy Concept, which was presented in March 2020. SangYup Lee, the head of design at Hyundai, likened the IONIQ 6’s styling to chess pieces.

It achieves a drag coefficient of 0.21Cd thanks to its single-curve frame, low nose, active front air flaps, wheel gap reducers, and digital side cameras. When evaluating an EV’s energy usage, the drag coefficient is crucial.

The IONIQ 6 has a deck-lid spoiler at the back that rests on the fastback boot’s lip.

To ensure smooth airflow underneath, the IONIQ 6 features a fully covered undercarriage, improved deflectors, and a smaller wheel-to-arch gap. 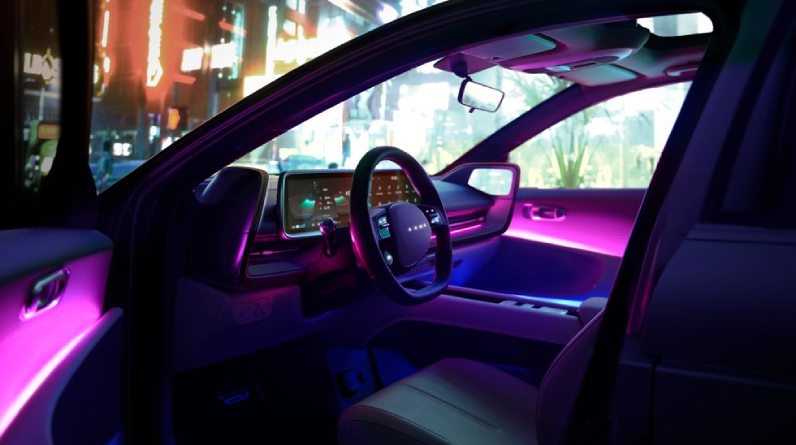 The IONIQ 6’s “cocoon-shaped” interior, as described by Hyundai, seeks to give passengers a cosy retreat and lots of personal space. The car’s battery is housed under the car’s floor, which allows for the roomy cabin.

Speaking of design, the IONIQ 6’s interior is understated and sophisticated due to the absence of chrome, frilly edges, or piano black plastic.
Hyundai has restricted the amount of screens and switchgear in its vehicles to a minimum since the business considers excessive touchscreen use to be risky for the safety of passengers.

Along with 64 single colour possibilities, the IONIQ 6 offers a total of six dual-color interior lighting themes. Its Speed Sync feature regulates interior brightness in accordance with vehicle speed.The Hyundai logo on the steering wheel has been replaced with a four-dot interactive LED system that can be configured to display the vehicle’s level of charge.

Hyundai has employed a variety of environmentally friendly elements in the automobile to encourage sustainability, such as fishing net carpets, bio-painted doors, eco-processed leather, recycled PET fabric, and bio-TPO skin for the dashboard.

Hyundai has chosen to just release the IONIQ 6 at this time. The car’s details should be made public by the South Korean manufacturer next month.

EV specialists believe that the car will have single- and dual-motor options for rear- and all-wheel drive, and that its specifications will be comparable to those of its predecessor.

The 77.6 kWh battery that will power the IONIQ 6 is anticipated to provide it a 480 km range on a single charge.

The IONIQ 5’s top-of-the-line model, which has 302 hp of power and 650 Nm of torque, is likely to use the same single and dual motor options as this vehicle. Because of the IONIQ 5’s ability to achieve a 0-100 time of about 5.2 seconds, it is safe to assume that the IONIQ 6 might be a little quicker due to its reduced drag coefficient.

The cost and release date of the IONIQ 6 are yet unknown. EV enthusiasts anticipate it to be less expensive than the IONIQ 5, which starts at $46,650.

Last but not least, the IONIQ 6 is scheduled to begin production next month and go on sale in the US the following year. 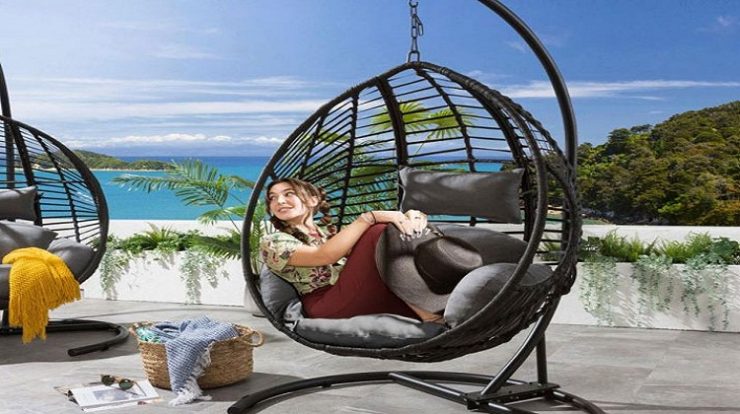 Why are egg chairs a good investment? 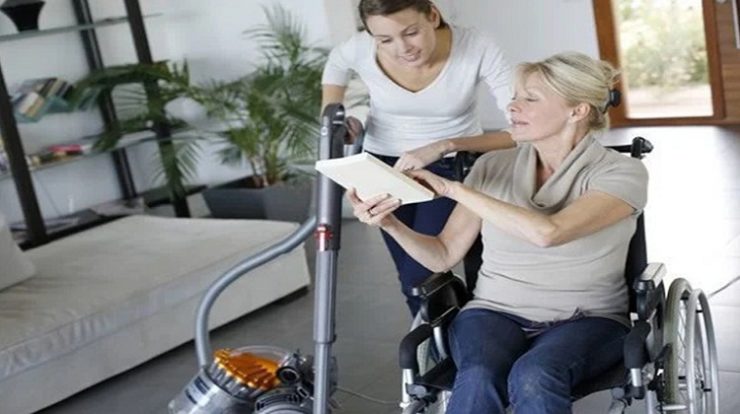 Why Hire an NDIS Service for Cleaning? 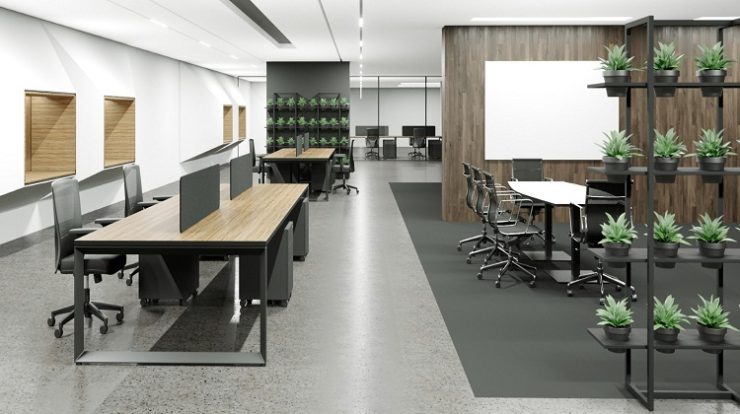 Office Furniture : Things to Keep in Mind for Workplace Furnishing 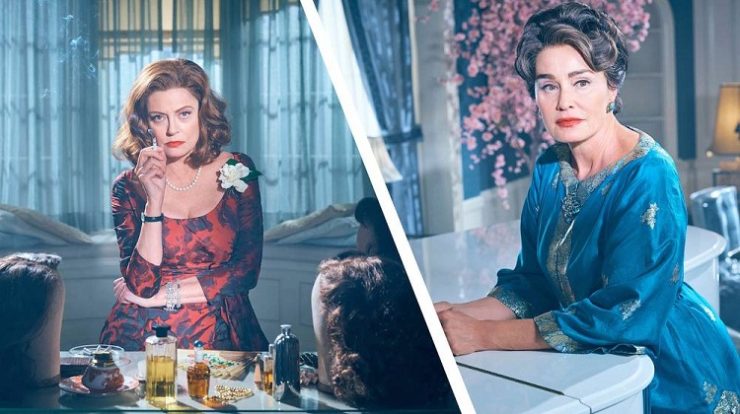 The Nine Most Iconic Feuds in Hollywood History 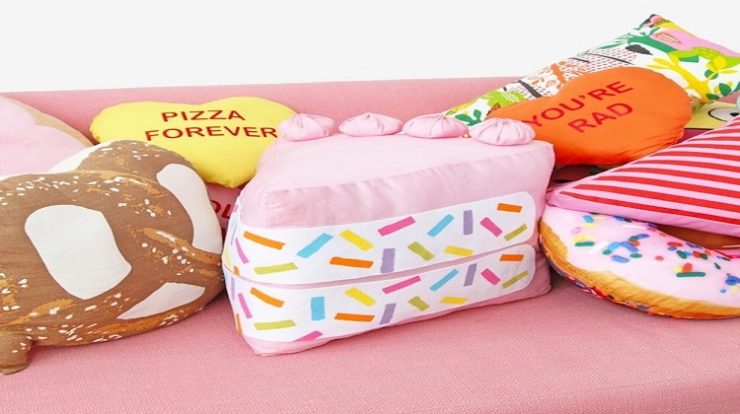